👉The U.S. population distribution of breast density is as follows:

👉Women with heterogeneously dense or extremely dense breasts are considered to have “dense breasts.”

👉Increased breast density not only has a masking effect which may obscure masses, but also serves as an independent risk factor for breast cancer.

👉It has been reported that the increased risk may be as much as 4- to 6-fold.

👉Estimates this high are obtained when comparing women with dense breasts to those with fatty replaced breasts.

👉Since only 10% of women have fatty replaced breasts, it makes more sense to make the comparison with women of average breast density.

👉In general, breast density decreases with increasing age and increasing body mass index, so it is not the absolute density that is a risk factor, but the difference in the observed and expected density—the so called “residual density.”

👉Several states have recently passed legislation requiring women with dense breasts to be specifically informed of their breast density.

👉Women are informed of the limitations of mammography in dense breasts and are instructed to discuss further management with their physicians.

👉An informed decision regarding potential use of supplemental screening options, in addition to mammography, should be discussed, factoring in elements such as overall breast cancer risk as well as the positives and negatives of additional screening.

👉Despite a lack of consensus, algorithms for screening women with dense breasts are available and often emphasize breast cancer risk.

👉The decision to pursue additional imaging in patients with elevated risk should supplement but never entirely replace mammography.

👉Biannual screening mammography is not considered appropriate, and there is no indication for thermography.

👉Use of screening ultrasound or MRI are appropriate for women at increased risk, but the benefit remains to be determined in women of average risk for breast cancer. 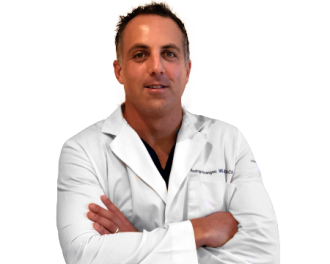